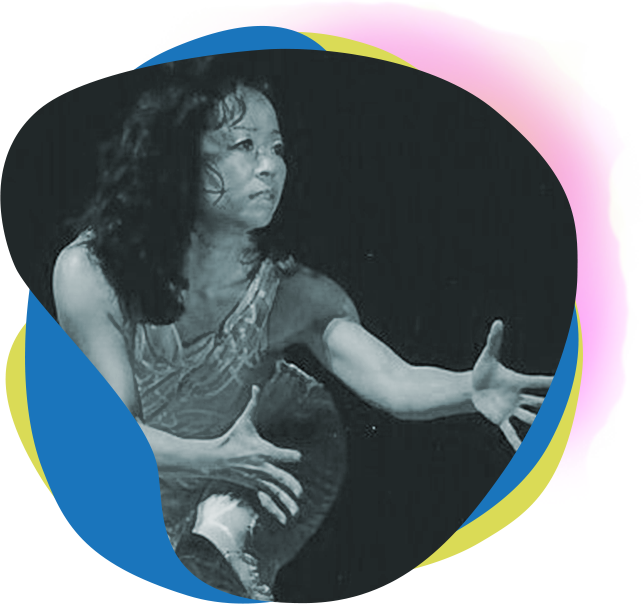 Takami Craddock was born and raised in Japan. She received her BA in Modern Dance at Nihon University College of Arts. She studied Sanae Hara Modern dance Academy for 17 years until she graduated from college. Now she has an exchanging program with the school in Shizuoka, Japan since 2004.

After she moved to United States, she began performing and teaching in New York, Baltimore, Washington DC, and San Francisco. She was then the co-founder of San Francisco Butoh Festival 1994 – 1999. Through this festival she worked intensively with Butoh pioneers, Akira Kasai and Setsuko Yamada. She created the performance group “Toumei” (which means clear color) in 2000, now renamed MoBu Dance Group (“MoBu” means true dance in Japanese kanji characters). Mobu Dance is a hybrid contemporary dance style influenced by Japanese butoh and explores concepts of time, space and imagery. The group has collaborated with various artists in the Bay Area and performed many venues. Takami has been invited to lead workshops and perform in Tokyo, Thailand and France.

She also is passionate about teaching children. She worked with the Performing Arts Workshop for a decade and taught all over in the Bay Area public schools Kindergarten through 5th grade. In 1998 she started a children’s dance program called “DancEsteem” for children 3 to 18 years old.

Now her first students are adult and pursuing the carrier in dance and beyond. 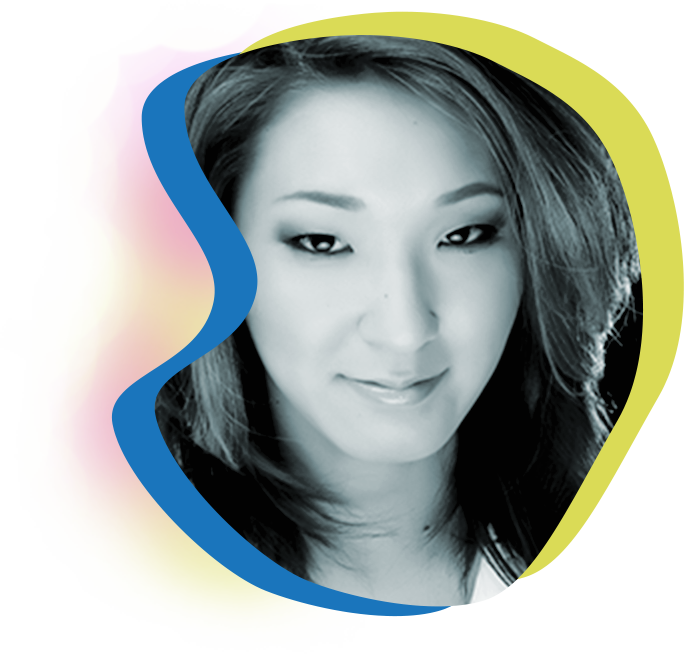 Alyssandra Katherine Wu received her bachelor’s degree in World Arts & Culture/Dance from the University of California Los Angeles (UCLA) and master’s degree in dance from London Contemporary Dance School. Originally, Wu began her early training in Chinese Ethnic dance under the tutelage of award winning choreographer, Yao Yong, before transitioning to contemporary dance in her later years. Since then, Wu has danced for world renowned artists Victoria Marks, Cheng-Chieh Yu, Michel Kouakou, Ros Warby, Jorge Crecis, Bih-Tau Sung, and Darren Ellis. As an emerging choreographer, Wu has been listed on londondance.com as one of the most promising emerging choreographers of 2015. Her choreography has toured throughout the UK, being presented at platforms such as Resolution!, FRESH-Northeast, Foot Print, and EMERGE, hosted by UK’s Dance Company C-12. After relocating to San Francisco, Wu has presented work in both Los Angeles- and Bay Area-based locations. Her company is the official winner of the audience choice award for PUSHfest 2016 and one of the six companies/choreographers to be selected for ODC’s Pilot 68 program this past year. Wu has received grants from the Fleishhacker Opportunity Fund and Dancers’ Group’s CA$H program. 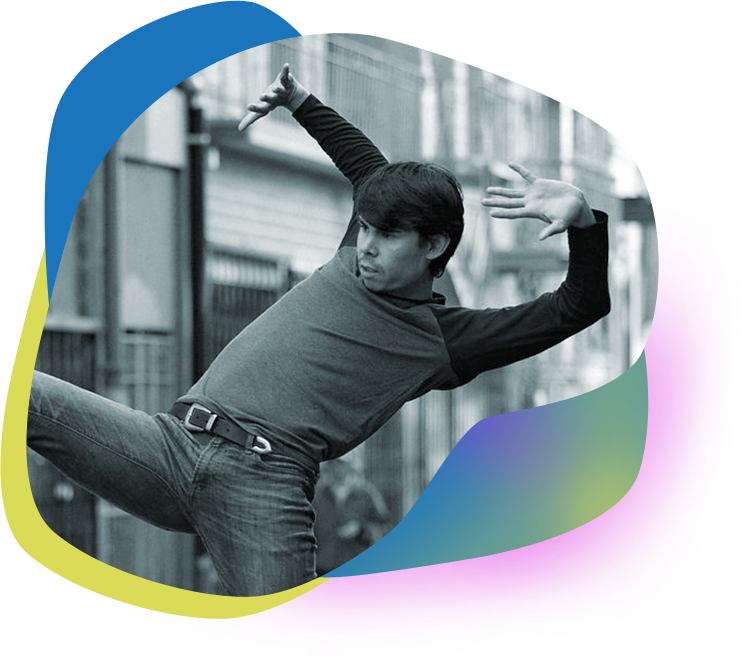 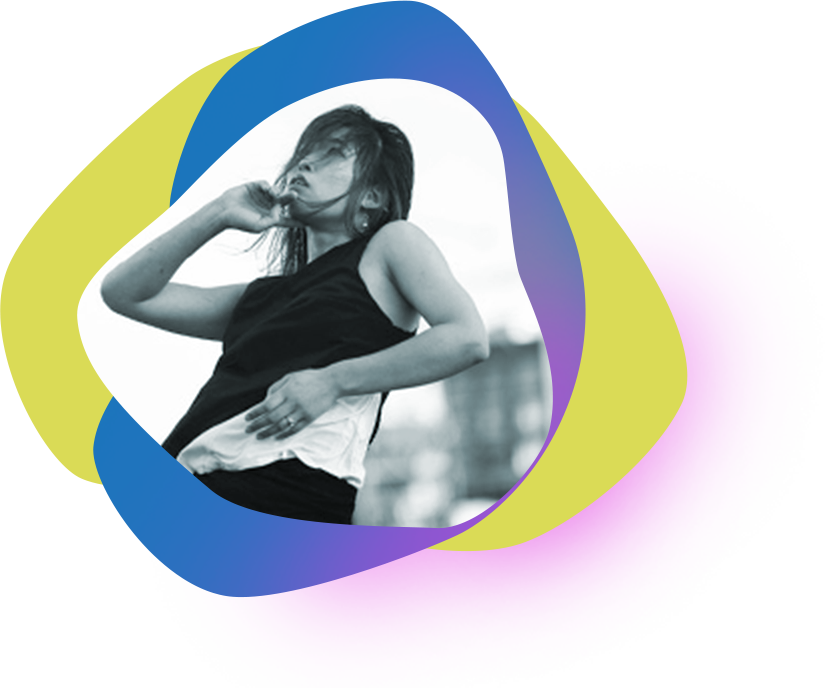 Sawako S. Gannon is a freelance dancer based in the San Francisco Bay Area from Japan. Upon moving to San Francisco from Tokyo, Gannon graduated with a B.A. in Dance from San Francisco State University. Gannon trained with Ray Tadio and Cathleen McCarthy, as well as academic instruction from Yutian Wong and had the privilege of working with choreographers such as Anna Harris’s Driven Arts Collective, Jennifer Gerry, Joselyn Reyes, Joe Landini’s dog+pony, Raissa Simpson’s PUSH Dance Company as a Pathway program dancer, and Alyssa Mitchel. In 2021, Gannon was selected to participate in 29th Annual West Wave Dance Festival and produced a solo work, with a mentorship from Jesselito Bie. Gannon currently dance with Andrea Salazar’s A Pulso Dance Project, David Herrera’s David Herrera Performance Company, and Jesselito Bie’s STEAMROLLER Dance Company for their 2021/22 seasons. 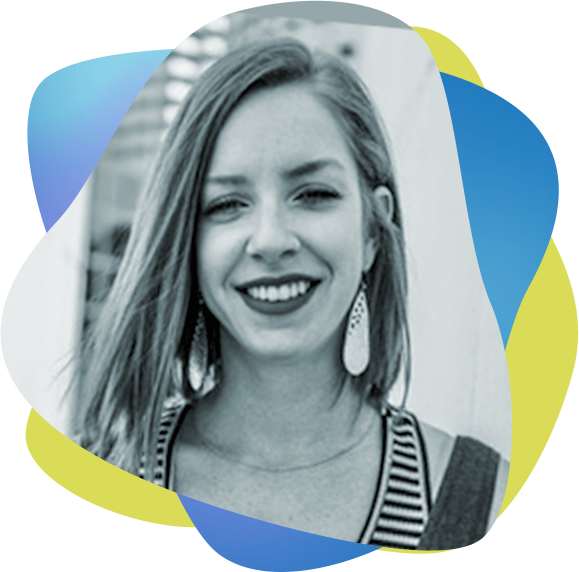 From the East Coast of Florida to the West Coast of California, Abigail Hinson has been pursuing dance since she was twelve. With a strong passion for education, Abigail has been teaching ages 2-adults for over eight years in styles including ballet, tap, jazz, hip-hop, modern, contemporary, improvisation, and yoga. Her classes revolve around themes of awareness, dependence, and energy. Alongside her regular work at local studios, Abigail also enjoys choreographing for stage and film work. In her most recent contemporary work, “To Fall”, premiering in Central Florida Choreographers Project Film 2021, Abigail reflects on individual’s physical, psychological, and emotional effects from COVID-19 with a cast of four.

Abigail graduated from The University of South Florida with a Bachelors of Fine Arts in Dance. As an undergrad student, Abigail was selected to travel abroad in USF’s Dance in Paris Program, a five month intensive study in France, Germany, and the Netherlands. She was also selected to perform works by Bliss Kholmyer and Jeanne Travers at Beijing Normal University, as part of USF’s China Exchange Program.